Home Drama Korean Drama You Are My Spring (2021) Review

You Are My Spring is a drama about young people who have passed the age of adulthood, but deep within themselves, there is always a trauma when they were young. Through destiny encounters and romantic love stories, the wounds that have existed for a long time are gradually removed. Since then, they gradually heal each other and heal the children who are hiding under their adult guise that they “hidden” for so long. 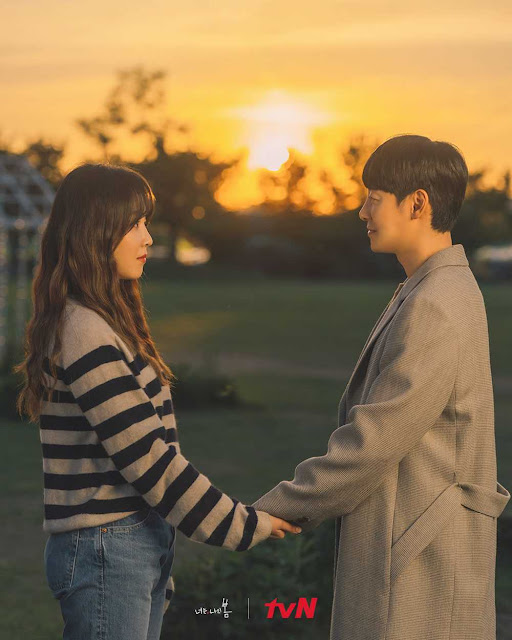 Kang Da Jung in You Are My Spring ( by Seo Hyun Jin) is a talented, successful girl and a service manager of a famous hotel. Lucky to inherited the intelligence of her father and the same resourcefulness and strength as her mother, although Da Jung has never gone to school to cram, she still excelled in getting a perfect score and won a scholarship entrance to the university.

After graduating, Da Jung’s career path was also extremely favorable. Not only she was accepted to work at a five-star hotel, but she was also quickly promoted to a management position. However, contrary to a smooth career that anyone looking at would feel envious. Da Jung’s love line was constantly troubled when she was always attracted by bad and mean guys that like her father.

For the convenience of work, Da Jung moved to the Gugu building to live. In there, she accidentally gets into trouble with a neighbor named Joo Young Do (played by Kim Dong Wook) who lives downstairs. As a guy with a tolerant heart, Young Do became a psychiatrist with the desire to be able to heal invisible “wounds” for everyone. However, he himself forgot the hurt in his own past and was unable to heal it himself.

The character Chae Joon (played by Yoon Park) in You Are My Spring is a perfect guy and the CEO of an investment company. One day, he is attracted to Da Jung’s confidence and beauty, and then he plans to confess his feelings to her. On the other hand, Ahn Ga Young (played by Nam Gyu Ri) is an actress with an outstanding appearance. But she has a fear of love because of her past being taken advantage of by her former lover and manager.

Since the cast announcement, You Are My Spring has received a lot of anticipation with the participation of two famous, beautiful, and talented actresses – Seo Hyun Jin and Nam Gyu Ri, along with two actors Kim Dong Wook and Yoon Park – familiar faces in popular Korean dramas. The main actress in You Are My Spring, Seo Hyun Jin seems to somehow create a trust for viewers to come to the drama by her acting talent, and her “eye” for choosing the script.

Despite debuting to the audience for the first time as a singer (a member of SM Entertainment’s group MILK), Seo Hyun Jin began to fall in love with the acting field when participating in the sitcom Nonstop (2002) as a guest. . After the group disbanded, she gradually focused on entering into acting and continuously gained experience through hit works such as Another Miss Oh, Let’s Eat, Dr. Romantic, Temperature Of Love,…

As one of the stars of the same time as Seo Hyun Jin, Nam Gyu Ri was also known as a member of the group SeeYa (2006 -2009). After pursuing on the small screen, although she is not actively participating, she has always been known as a “hit” actress when contributing to the success of the famous movie “49 Days”.