The Witch’s Diner 2021 is a fantasy drama based on the novel of the same name by author Goo Sang Hee. After being published in 2016, the story received many compliments for its touching facts attached to reality and excellently won the Daesang award in the 3rd Kyobo Book Center story-writing contest. 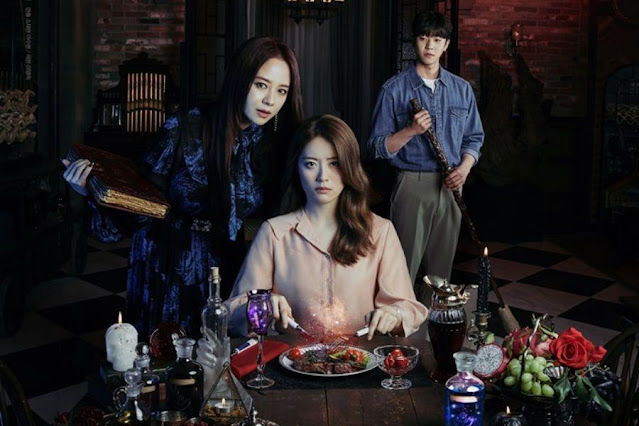 The drama revolves around a witch restaurant specializing in selling food to special guests, only those with a strong desire to live can come here. And to pay the price for the food they ordered or the wish they wanted, they had to barter anything important in their lives, even their own souls. However, anyone who comes here seems to be healed and get through difficult times in life thanks to the dishes of the mysterious witch.

The story of The Witch’s Diner begins when Jung Jin (played by Nam Ji Hyun) – a 28-year-old girl who is living a very normal life, suddenly encounters an ironic situation, when both her job and her long-term boyfriend abandoned her one by one. After overcoming the pain of both unemployment and heartbreak, Jung Jin is determined to rebuild her life and open a restaurant with her mother.

However, the business situation was not satisfactory, causing the restaurant to gradually fall into bankruptcy and Jung Jin was left alone. At that moment, Zo Hee Ra (played by Song Ji Hyo) – a mysterious witch appeared and rented Jung Jin’s restaurant to open a restaurant of her own. Here, as a business partner, Jung Jin becomes a waiter for Hee Ra’s restaurant along with Gil Yong (played by Chae Jong Hyo) – a person who comes to work to find solutions for his life.

After releasing posters introducing the character, The Witch’s Diner has made the audience curious about the stories behind what will happen in the drama. And even though all three work in the same restaurant, each of them seems to have different goals and motivations.

While the poster of the character Zo Hee Ra appeared with the words “먹어 봐요. 대가는 따르 겠지만 (Translation: Try it, it will cost you) along with a strong and cold image with irresistible charm, making viewers seem to want to defy to trade-off to taste her food. On the contrary, Jung Jin appeared with suspicion, “내 선택이었을 까 .. 정해진 운명이었을 까” (Translation: Was it my choice.. Was it my destiny?!), along with a poster that seems to depict the moment Jung Jin felt bewildered when she couldn’t refuse Hee Ra’s contract?

As for Gil Young – the guy serving with a pure personality, he suddenly expressed the mystery with the wish “제 소원, 비밀로 해주세요” (Translation: My wish, please keep it a secret), making the story even more interesting.

The Witch’s Diner is written by screenwriter Lee Young Sook and produced by director So Jae Hyun. The series lasts 8 episodes and is expected to be released starting from July 16, 2021, on the TVING platform and exclusively on WeTV Vietnam. 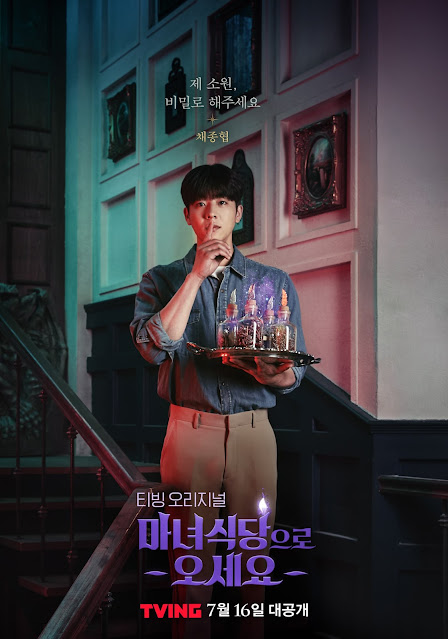 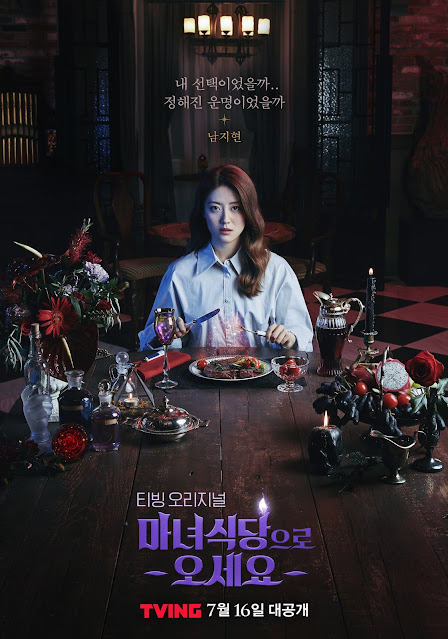 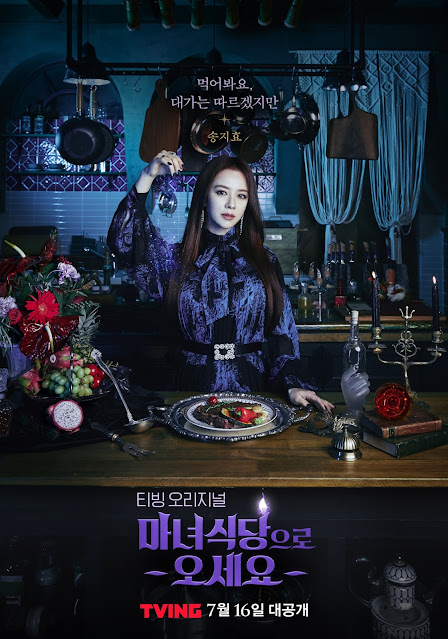 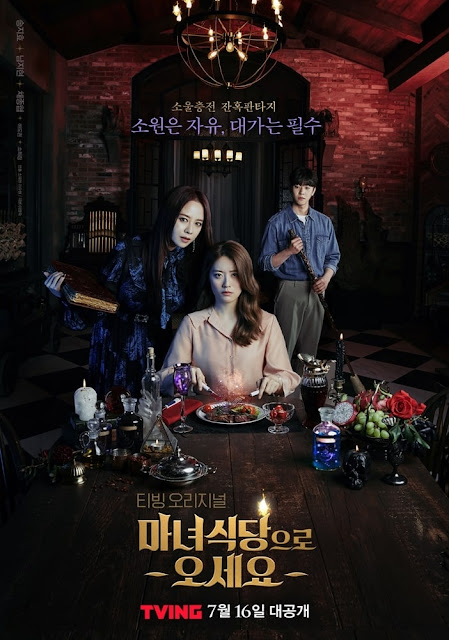